Three cocktail recipes that use one of the most interesting liqueurs we've come across in ages.

When you hear the word “liqueur,” you’re likely to think of something fruity, or perhaps a little floral: either way, flavors on the sweeter end of the spectrum. But as with everything in the cocktail world, there are exceptions. And the Celery Root Herbal Liqueur from Chicago-based producer Apologue is one of the most interesting liqueurs we’ve come across in ages.

Building from a base of celery root, it incorporates dill, fennel, and tarragon, which lend the complex liqueur an herbaceous character. And since it’s up at 37% ABV—your typical spirit clocks in at 40%—it’s almost as boozy as a vodka or tequila. So while it pairs nicely with many spirits, we can also just use it on its own, as we do with these three slightly savory cocktails. Pick up a bottle and give them a try.

Easy: Not a Bloody Mary

Our favorite Bloodies rely on a homemade mix that we steep overnight, the better to integrate tomato and horseradish, Worcestershire, and spice. But if you’d rather skip all those steps? Consider this much lighter version. The celery liqueur contributes herbal complexity, V-8 stands in as a hearty base, and club soda keeps it easy-drinking. (Two dashes of a hot sauce like Tabasco give this drink a little hum of heat. Feel free to scale up.)

Instructions: In a tall glass with ice, combine two ounces of V-8, an ounce and a half of celery root liqueur, 2 dashes of hot sauce, ¼ ounce simple syrup, and ¼ ounce lemon juice, plus two ounces of club soda. Stir in the glass, then garnish with a celery leaf. 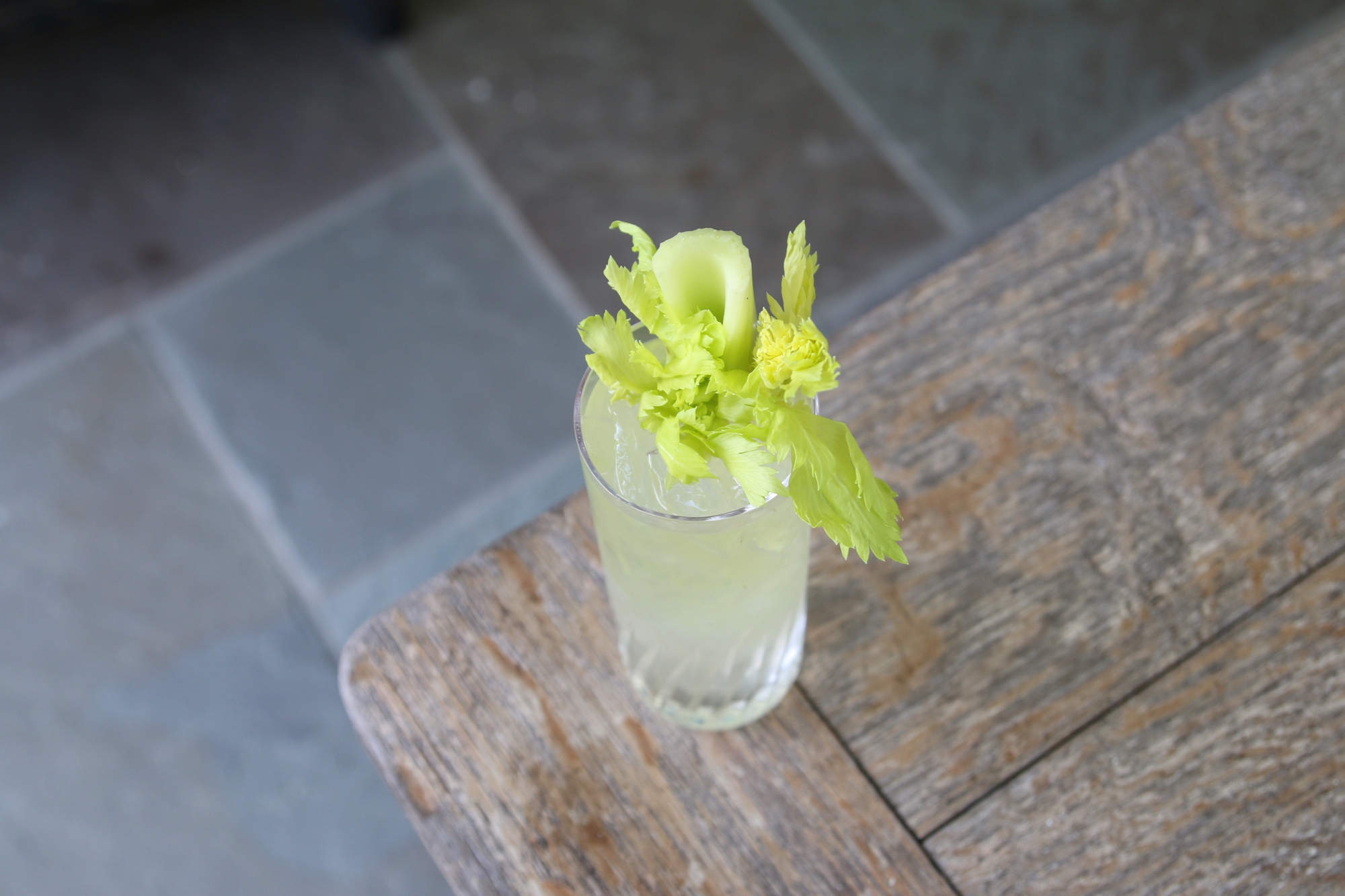 Like a good gin, this celery liqueur doesn’t need much adornment to create a great cocktail. Here, we’re simply pairing it with lime and soda for a bone-dry refresher that’s ideal any time of day. We particularly like this one as a pre-dinner aperitif.

Instructions: In a cocktail shaker with ice, combine an ounce and a half of celery root liqueur, half an ounce of fresh lime juice, and half an ounce of simple syrup. Shake until very well-chilled, then strain into a tall glass with fresh ice. Add two ounces of club soda and stir briefly. Garnish with a celery stalk, plus a few extra celery leaves. 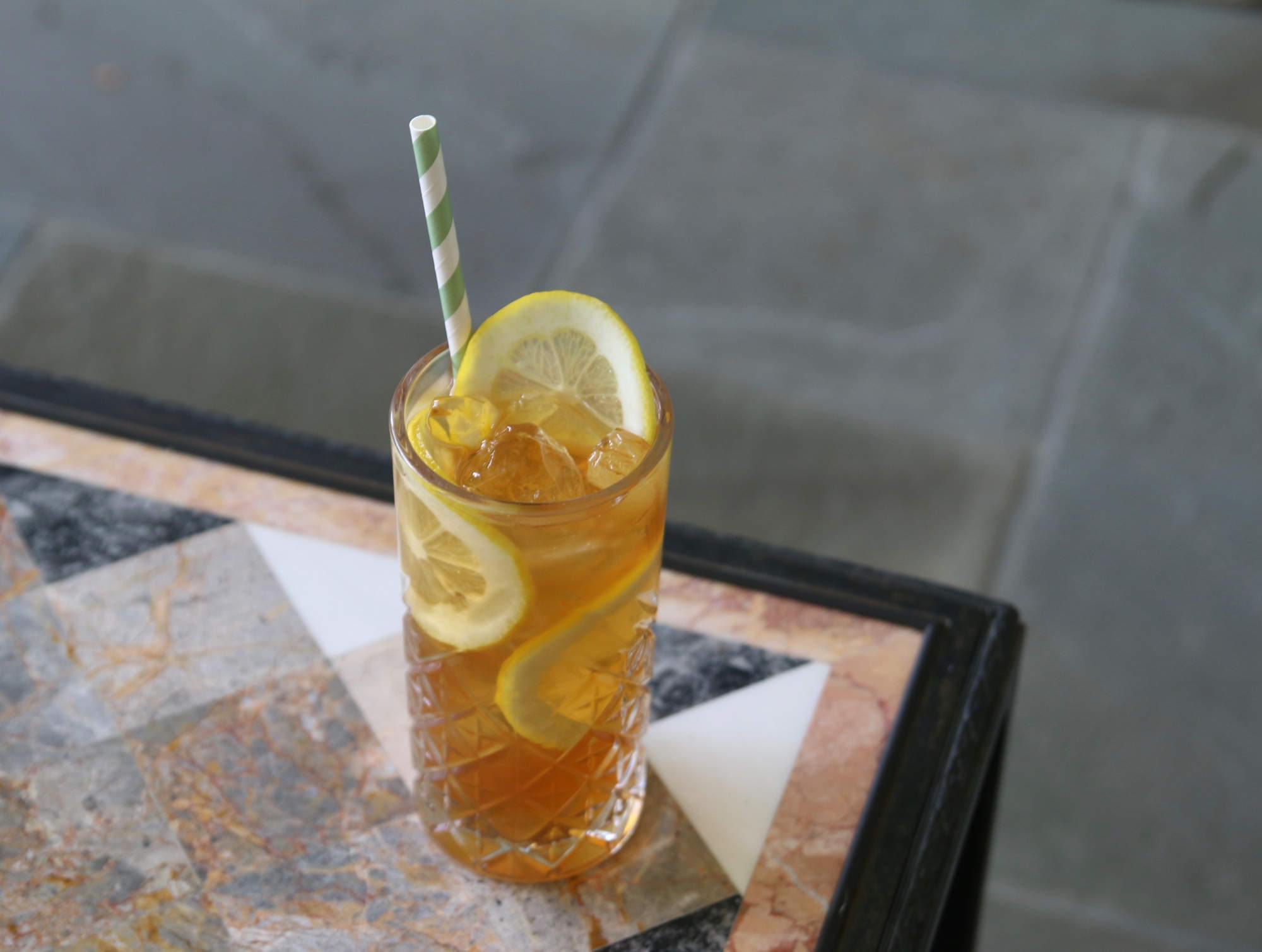 For this unusual cocktail, we’re pairing the layered spice of chai tea with the savory bite of celery liqueur. A touch of honey brings it together. Afternoon pick-me-up? Don’t mind if we do.

In a tall glass with ice, combine an ounce and a half of celery root liqueur, four ounces of chai tea, a dash of Angostura bitters, and ¾ ounce of honey syrup (that’s just honey cut 1:1 with hot water and stirred until dissolved). Stir briefly, and garnish with a few lemon wheels.