Jenny Pulse is rad. She’s a constant and dedicated creative—her latest solo LP, Marmalade, was released in 2018 via Drop Medium. It’s an intoxicating blend of swirling synths and keyboards, body shaking beats and dancefloor psych. In 2018 she began working on a new project with Tim Kinsella (Joan of Arc, Make Believe) called Good Fuck, and they’ve been touring and playing shows to support their self-titled debut on Joyful Noise Recordings. We caught up with Jenny after her set at Emporium to talk to her about starting Spa Moans, her creative process and the importance of fighting fascism! 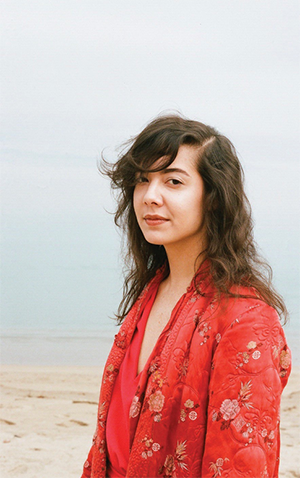 Robby Haynes (RH): Where are you from and when did you move to Chicago?
Jenny Polus (JP): Moved to Chicago a couple weeks before Obama was elected president from Wisconsin. So, Fall 2008 from Green Bay.

RH: When did you start playing music? Was Spa Moans your first project?
JP: Spa Moans was the beginning. I was probably 25 when I started teaching myself to construct songs. Kind of a classic coming of age story. Learning how to quantize beats and play everything else on a Roland synth with over 200 sound banks. Dubbing those on a karaoke machine and later a 4-track. I borrowed this amazing old dynamic mic from my roommate, Joey. The sound quality of the mic made me want to sing beyond any other influence. I was so sad when I had to give it back! Anywho. I think I started playing music at just the right time because gear started to become pretty affordable and DAWs easier to pirate (I buy them now, but whatever it takes to make music is OK with me). If not for those two factors I think I’d still be playing that one keyboard through a karaoke machine.

RH: Last year’s Marmalade LP (Drop Medium) was released as Jenny Pulse instead of Spa Moans. Why the change?
JP: From the beginning I anticipated a name change. Maybe not so soon, but knew I didn’t want to have people calling me Spa Moans when I turn 80. The songs on my record Marmalade ended up being so pop/dance focused that I found it suitable to dub myself with a “bootleg diva” name. Plus, Pulse is fairly close to my last name—Polus.

RH: Cool. Can you tell us a little bit about Marmalade? Inspiration? Overarching themes or ideas? 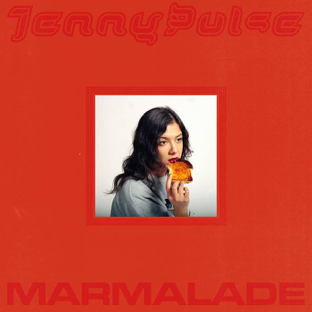 JP: I worked on that record for two years I think. I just kept making songs until I thought every single track was a hit. I suppose they’re all love songs. I guess to be young and love a lot of people, makes it very simple to make pop songs? Going to Smartbar and underground dance parties definitely shaped that record as well. I think you could play any of those songs in a club. My show at Smartbar is still my favorite I’ve played to date. Truly an amazing experience to hear your own music on that sound system. Testing some songs live was part of the process, too.

RH: Your production work is really rad. Can you talk a little about your writing process?
JP: I’m a very beat and structure oriented person. It’s the most fun part of making any song. So, I typically start with a beat either on drum machines or just in my DAW. If I have samples and/or field recordings in mind, I add those next.

Then jam over it and sing until a clear structure unfolds. Once I have all the elements I play with making that structure more complex and there you have it—a song.

RH: Seems like lately you’ve been putting a lot of energy into Good Fuck. Putting out a record on Joyful Noise and hitting the road a bit. How did that project come about?
JP: Tim (Kinsella) and I got to know each other when he asked me to sing on this Friend/Enemy record (yet to be released). Anyway, we started dating not long after that, and being musicians it’s an obvious move to make a record with your partner. We live together and spend the majority of our time working on music. It wasn’t until he had this opportunity to spend a week at The Millay Colony in upstate New York that we were able to hideout and focus on pulling a record together. So we wrote the Good Fuck record in that time by following a strict regiment of working separately trading stems back and forth until a song was finished. That’s still how we go about things for the most part. It insures GF sounds equally like both of us and yet unlike either of us.

RH: Having been primarily an independent artist in the creative sense for so long, how has the transition to more collaborative approach been?
JP: Working solo is great because there is complete freedom and a very personal feeling in the music. I also work very quickly, so I enjoy the lack of delay in completing a song. Collaborating is great, especially in say, an improvised set, because sounds emerge that you could never arrive to on your own, and it’s a pretty mind blowing experience. Collaboration definitely makes anyone a better musician as long as you remain patient and open. 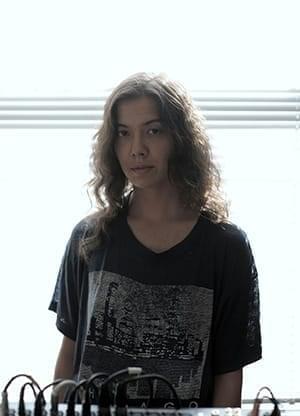 RH: What are you looking forward to in 2019?
JP: We are pretty much finished with the second Good Fuck record right now, which is very exciting. That has been my primary focus at the moment. Afterward I’m going to be compiling a sum of guided meditations to music I make. Something like “two-minute mantras for techno lovers”. I listen to a lot of self-help (laughs), and I think it would be cool to create my own self-help guide for others. Other than that, I want to play more improvised shows. I’m sure sometime this year I’ll get to working on my second Jenny Pulse record, but no plans to rush it.

RH: Love it. Anything else you want to talk about? You’re anti-fascist right?
JP: In a time where fascism is on the rise from nearly every corner of humanity, I say it’s time for people to start treating themselves better through meditation, exercise, eating well and focusing on fostering positivity instead of bashing the universe in which we all have a part in co-creating. Time to level-up and make our daily observations ones that are full of love and innovative ideas. Fear is the enemy, y’all. I spend every day researching a new topic that helps me train my mind to think in new ways for growth. I recommend this to every human along with experimenting with different mediums if you’re an artist. I also recommend buying my music and shirts because this girl has got to make a living on art.